To help you make the most of your stay, we’ve partnered with Bahrain’s premier tour provider, Visit Bahrain, to offer attendees an exclusive 35% discount on island tours. Choose from a Half Day City Tour, Full Day City Tour and Desert Tour with prices starting from only BD 17.550 including transport and lunch. This offer is valid for bookings made between 16 – 23 February 2023. Discount will be automatically applied at checkout.

One of the region’s most significant commercial crossroads, Bahrain is a liberal and modern country attracting international tourists and business travellers alike. An archipelago of 33 islands with a central geographic location to the Gulf states of Kuwait, Qatar, Oman and the UAE, the Kingdom is connected by a causeway to Saudi Arabia – Saudi Aramco’s headquarters and the region’s largest single market.

There are essentially two seasons: hot summers between May and October and mild winters from December to February. March and November are transitional months. Visitors to MEOS GEO can expect warm weather, but without excesses.

Visas are required by all visitors to Bahrain except passport holders of the GCC States. The infrastructure and public facilities throughout Bahrain are undergoing rapid improvements. In January 2021, the new Bahrain International Airport was opened and recently received a 5-star rating from Skytrax, the world’s top airport and airline rating body. 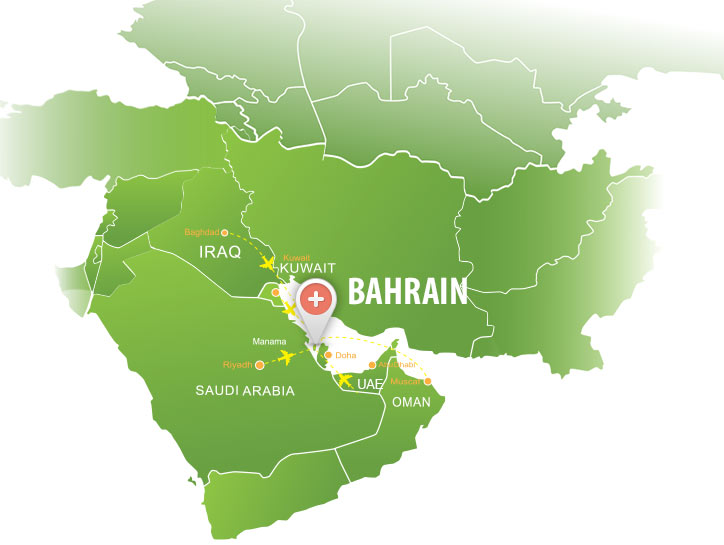 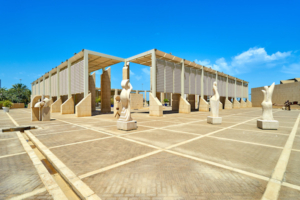 The Bahrain National Museum is one of the most popular tourist attractions in Bahrain, and is a good place to start for an intriguing introduction to the sights of the country. The museum showcases archaeological finds from ancient Dilmun, Bahrain’s pearl diving history and a thoughtful narrative on the island’s contemporary culture. 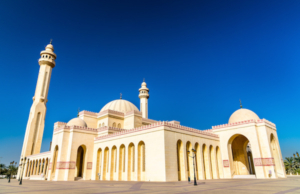 The Grand Mosque is one of the largest buildings in the country and is capable of holding up to 7,000 worshippers. Officially known as Al-Fatih Mosque, visitors are welcome (except during prayer times) and informative guides will explain aspects of Islamic faith while pointing out special features of mosque architecture. 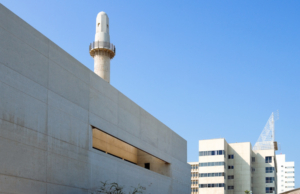 Beit al-Quran is a fine example of modern Bahraini architecture. It was opened in 1990 as a museum and research centre, and houses a large and striking collection of Qurans, manuscripts and woodcarvings. It functions as a good introduction to Islam in general, and Islamic calligraphy in particular. 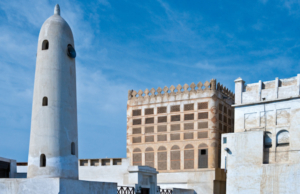 Muharraq was the old capital of Bahrain and centre of major public and governmental projects. In the past decade, the district’s traditional houses have been restored, each dedicated to an aspect of Bahrain’s cultural heritage. At the heart of them is the Shaikh Ebrahim bin Mohammed Al Khalifa Centre for Culture and Research, established as a forum for dialogue between people in philosophy, literature, poetry, culture and the arts. Nearby are other houses such as the Seyadi House that show Bahrain’s cultural heritage. 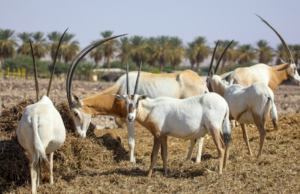 Al Areen Sanctuary Park & Reserve is a reserve with free roaming birds and animals that are native to the Gulf region, such as pelicans, flamingos, swans, gazelles, oryx, wild sheep, ostriches and goats. Guided mini-van tours are arranged throughout the day for visitors. 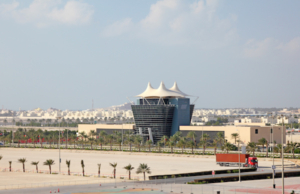 Bahrain F1 International circuit, “The Home of Motorsport in the Middle East”, is open for business every day of the year and boasts, among other facilities, a brand new Karting Circuit that is one of the leading tracks of its kind in the world. As well as the Gulf Air Bahrain Grand Prix, the circuit hosts high-level international events and has also hosted the Porsche GT3 Cup Challenge Middle East series, the CIK-FIA U18 World Karting Championships and an FIA World Endurance Championship event (a series that includes the legendary Le Mans 24 Hours race). 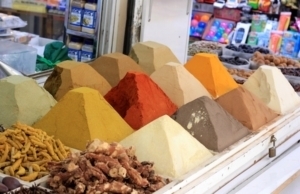 Manama souk lies in the warren of streets behind Bab al-Bahrain and is the place to go for electronic goods, bargain clothing, nuts, spices and a plethora of other Bahraini essentials. 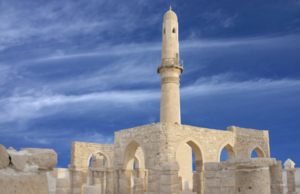 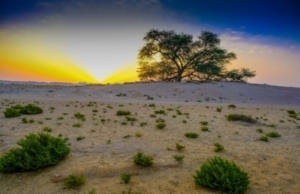 The Tree of Life stands alone in middle of the desert. Viewed a natural wonder, it is believed to be over 500 years old and survives without a known source of water. 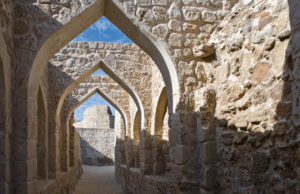 Qal’at Al-Bahrain, also known as the Bahrain Fort, is the country’s main archaeological site. During excavations seven layers of occupation have been discovered, the earliest dating from 2300 BC.

GET A 35% DISCOUNT ON TOURS WITH VISIT BAHRAIN