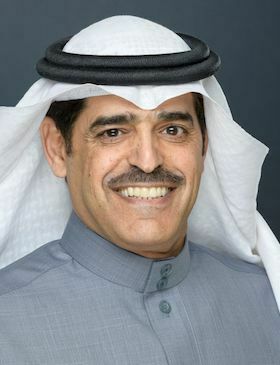 Today’s Realities, Tomorrow’s Energy
Nasir K. Al-Naimi has been appointed Executive Vice President of Upstream, effective April 1, 2021, after previously being appointed acting business line head of Upstream in September 2020. Previous to this, Al-Naimi was appointed vice president, Petroleum Engineering & Development, for Saudi Aramco in September 2016. He had previously served as vice president, Northern Area Oil Operations, an assignment he assumed in May 2012. Al-Naimi joined the company in 1980 as an engineering aide in the Planning & Administration Services Division. He received a B.S. degree in petroleum engineering from the University of Southern California in 1985. Upon his return to the Kingdom, he joined Petroleum Engineering’s Professional Development Program, working in Zuluf, Marjan, and Manifa Production Engineering, before moving to Safaniyah Producing Operations in 1993 as senior operations adviser. Between 1994 and 1997, Al-Naimi was superintendent of Oil Operations for Zuluf Offshore Producing Operations, Northern Area Producing Well Services, and Abu Ali Producing Operations. In 1997, he began working with Crude Oil Sales & Marketing and Product Sales & Marketing, where Al-Naimi worked until 2000, when he became senior marketing manager of Gasoline Distillates & Sulfur Marketing. Al-Naimi also undertook several assignments as manager of Product Sales & Marketing until December 2001, when he became manager of Marketing Services for Saudi Petroleum International Inc. in New York. He returned in 2003 as manager of the Marine Department, before being made manager of the Mechanical Services Shops Department in 2004. In 2007, Al-Naimi was made manager, Terminals, and took on several assignments as acting executive director of Industrial Services. In 2009, he was named general manager of Southern Area Producing, before being elevated to executive director of Pipelines, Distribution & Terminals in 2010. Al-Naimi was appointed to the Board of Directors of the Saudi Aramco Upstream Technology Company as vice chairman in 2017, and in April 2021 Al-Naimi was appointed as chairman of the Saudi Aramco Upstream Technology Company Board of Directors. He is also a board member of Saudi Aramco Energy Ventures and the Saudi Aramco Technology Company. Previously, he was a board member of Saudi Aramco Mobil Refinery Company Limited for the period 2011-2014 and the Arabian Drilling Company during 2017-2020. Al-Naimi has taken part in several leadership training programs, including the Asian Business & Culture Program in 2008, the London Business School Senior Executive Program in 2004, and the President’s Leadership Challenge in 1998. 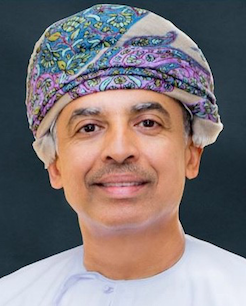